Thank you for taking time to look at my photographs, allowing me to share the awe and wonder I felt when capturing them. I think of myself as an impressionist landscape photographer and often use the technique of HDR (high dynamic range) photography to display the wonder of the light as I actually see it. Some say these photos remind them of the impressionist painters. This is not coincidental since I have always admired their use of color. Of course, you will see my camera does find subjects other than landscapes! 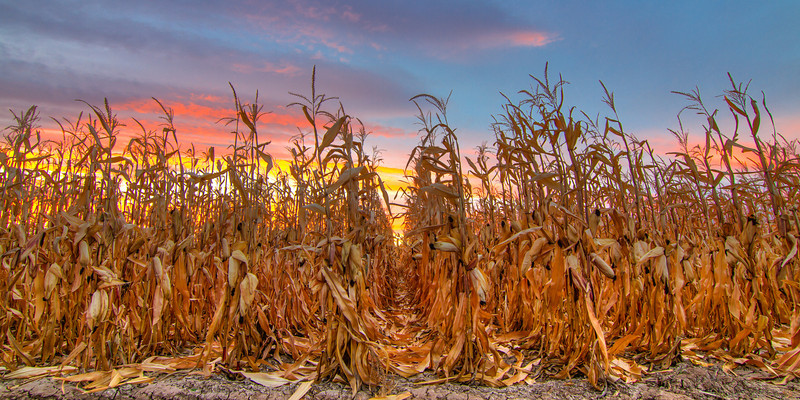 This photo was taken just down the road from our house. It was actually a "re-do" of a photo I had taken the year before. I had discovered that Colorado's Agriculture Department had an annual photo contest. However, the rules stated that the photo had to be taken IN the calendar year of the contest; the first photo was taken a couple months too early.

So I decided to re-create that first photo. Easier said than done. Every morning for three straight weeks I went out to this spot before dawn, waiting to see if lighting and cloud conditions would be right. I was getting discouraged, but at the end of the three weeks, my persistence paid off. And just in time, because the field was harvested the next day. Check out the other photo from the previous year (the next photo in the same gallery) and let me know which you prefer.